With no readily available material on the complete history of the band, it is with many thanks to the band’s original lead guitarist, Neil Smith I can present this prequel to my time with THE SECT, (the choice of the band’s name influenced by Brit R & B outfit The Downliners Sect)

Just to show how secularly suburban the Sydney music scene was in mid the 60’s, Neil came to THE SECT from a group named PETER & THE WOLVES, who existed no more than 15 miles away from a band of the same name I auditioned for in early ’65 who became Rick & The Bad Boys.

Formed in 1965 the group originally played Shadows and Surf style material prior to becoming an R&B group fronted by one of Neil’s school mates, blues enthusiast, Mick Lester. The band quickly became popular, playing regularly at The Bluer Note Disco in Brookvale and at Rhubarbs in the city.

I auditioned for this Upper Sydney North Shore based blues band on the recommendation of their drummer, Michael McCormack. I met Michael when he tried out for Rick & The Bad Boys, his audition motive purely to suss out likely guitar playing candidates for THE SECT.

THE SECT were rebuilding after losing their two guitarists, Neil Smith who got a very early foot in the IT door and Ross Linton, who took a position as a recording engineer at EMI (He co produced records for my next band (HOT COTTAGE).

Neil Smith was a fine exponent of the BB King style, playing initially a Maton Fyrbyrd and then a Gibson 335. Ross I recall was strictly a rhythm guitarist and played a Maton Ibis. He had originally come from a harmony vocal group, The Toppers.

I had sold my Harmony H75 (which I would accidently stumble across and repurchase many years later) and was now playing a Telecaster, knowing this was the guitar used by both Eric Clapton, Beck and Page in The Yardbirds and using a Paul Baker made amplifier.

He of Legends lead guitar fame (Paul Baker) was building amps under the BAKER badge, these becoming the amp of choice for many discerning Sydney guitarists. They were a very powerful 60 watts powered by a massive Ferguson transformer, KT88 power amp valves and 2 x 12″ Goodmans speakers, The Baker outperformed everything else that was available at the time.

RHUBARB PIE
My audition was held at Rhubarbs, a blues club in Liverpool St. Sydney, the home of Python Lee Jackson and Jeff St John & The Id, both highly respected commercially successful groups deeply rooted in all things Americana.

WELCOME TO THE BIG LEAGUE 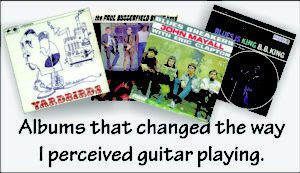 I had no knowledge of the music THE SECT was covering. Robert Johnson, B.B. King, Booker T & The MG’s, Muddy Waters and Aretha Franklin were completely foreign to me.

My only brush with the blues had come completely second hand via The Stones, Animals and Yardbirds, who to that point, I believed had written all of their own material.

It was no more fun and games but serious business accompanied by a strict rehearsal regime! Every member of the band was totally committed and expectations were extremely high. It took me a while to get myself to a position where I wasn’t holding everybody back. I was always aware that my lack of knowledge of blues and my inability to instantly grasp the tradition made me an ‘outsider’.

None the less, I had become hooked on the guitar playing of BB King, courtesy of a record loaned to me by lead singer Mick Lester, which I still have in my possession! “You know where I live if you want it back!”.

They drilled into me the rhythm guitar technique of Robert Johnson and even conceded that when Jeff Beck went into ‘rhythm mode’ on ‘The Nazz Are Blue’, this was also worthy of serous study But put that song into the repertoire? . . .never! Not when there was the library of Elmore James to draw upon.!

The Nazz Are Blue is my all time favourite Blues Rock song, to the point where I had a crack at recoding my own version in early 2017, thoughts of The Sect in my mind during the session, especially those of drummer Michael Mc Cormack as he continually ‘sang’ the rhythm guitar part to me back in the day.

By this time I was a true Yardbirds aficionado but my musical education was about to extend way beyond ‘Brit Pop Rock’. The guys also introduced me John Mayall & The Bluesbreakers plus The Paul Butterfield Blues Band, featuring the amazing Michael Bloomfield, also an exponent of the Telecaster A whole new world had opened up to me but perhaps not as quickly as the band had hoped for.

FROM MOWTOWN TO MOSMAN WITH ‘THE THREE MICKS’
The band’s rhythm section was a powerhouse. Bass player Mick Morphet and drummer Michael Mc Cormack were right onto the Motown approach to syncopation and vocalist Mick Lester blew a great harmonica. This sounded like a ‘real’ band!

I wouldn’t say my try out was an overwhelming success but the guys believed they could educate me. I then suggested they approach Paul Baker from The Legends to fill the lead guitar spot and I would happily move to second guitar, knowing this would be a great way for me to learn from someone I believed to be one of the best. Paul Baker readily accepted the offer and the line up was cemented.

The founding members of THE SECT presented as a working man’s blues outfit with no pretentions and dressed accordingly. In stark contrast, both Paul Baker and myself, having come from pop bands, were a tad more image conscious.

We had both adopted mod hair styles aka The Small Faces and The Who. Our wardrobes combined Army surplus store items with those from John & Merrivale’s, the exclusive Sydney store that sold the latest in Carnaby Street fashions. Visually the band was a clash of two cultures but musically it was a consolidated force to be reckoned with

YOU CAN’T HAVE IT BOTH WAYS
The Sect’s repertoire took a slightly more ‘popular’ approach adding Cream, Hendrix and Bluesbreakers tracks to the set list. while Paul and I set about giving the traditional American blues numbers a bit more of a Yardbirds flavour and working on harmonised twin guitar solos.

Our tour de force was the trading of licks on Steppin’ Out, dispersed with Mick Lester’s wailing harmonica breaks. Along with playing the more ‘musically serious’ venues including Rhubarbs, Vibes, Beethoven’s and University gigs, were also being booked for pop shows, working regularly at The Op Pop Disco and The Trocadero with the likes of The Twilights, The Loved Ones, The Purple Hearts, La De Das, The Cherokees and Normie Rowe.

I don’t think the other guys had much respect for Top 40 groups, although they had no qualms about accepting pop show gigs where the audiences far outnumbered those in the seamy blues clubs.

AS THE WORLD TURNS
I remember ”The Three Mick’s looking at each other with a mixture of mirth and disdain when I got pulled off stage by some screaming girls at The Trocadero. The stage was a revolving one. As one band finished, the next group would start playing as the podium revolved, bringing them into view of the audience, while disc jockey’s whipped the crowds into a frenzy, screaming out introductions. I became the target of a planned attack as soon as the lurching, grinding rotating platform came to a shuddering halt.

Playing ‘Born in Chicago’ didn’t quite provide the appropriate soundtrack for the moment as my primary concern became one for my prized Telecaster. It must have been the blue velvet jacket, attracting the vicious hordes like moths to a flame!

Opened in 1936, The Trocadero was an art deco dance palace that could accommodate two thousand patrons. It also became the place to host School Formals and University Balls. Nonstop music was provided by ‘alternating’ Big Bands aboard the revolving podium.

As with many of the City’s famed nightspots of days gone by, The Trocadero earned a brief respite from the 60’s pop music explosion as it provided the owners of these decaying edifices a way to make a few extra bucks from their real estate investments before the bulldozers were given permission to move in, which they finally did in 1971.

It was always an amazing feeling to see guys from other bands standing at the side of the stage watching us play, but I readily concede most eyes were usually on Paul Baker as he faithfully replicated Clapton and Hendrix phrases on his Fender Jaguar.

Excerpt from a blog recalling a SECT gig at Rhubarbs

Hello Eric Clapton, Mayall and Butterfield! One night, to our surprise – out in the back room was a much younger group. The group was in fact THE SECT, consisting of Mick Lester-vocals (President Sydney Uni Blues Club), Michael McCormack on drums, Mick Morphett-bass. Guitarist duties shared by Paul Baker and Kim Humphreys.  Being a Clapton fan, THE SECT immediately appealed to me. Eric Clapton aka ‘slow-hand’ or ‘god’ was well-known to the music scene from his stint with the Yardbirds, and he was revered by many. I found his style distinctive. I downed a few more white tablets and memorized every note and introduced myself to the band.

The one chink in our armour was the lack of original material and none of the guys seemed interested in pursuing that path. This prevented us from competing on a level playing field with the competition.

Groups including Python Lee Jackson, The Id, The Original Master Apprentices, Running Jumping Standing Still, The Loved Ones and The Unknown Blues where cementing their reputations with radio airplay while we were falling behind the eight ball. I recall one review saying we ‘blasted out covers’ which I thought was a bit below the belt.

The band recorded demos of some of our more obscure tunes with Bruce Brown (who I had previously met at St Clair Studios in my BAD BOYS days). He now had his own studio in Manly Vale and I remember Duncan McGuire, later the bass player with Doug Parkinson in Focus being somehow involved.

Given THE SECTS ‘live’ reputation, it surprised us all that the studio results did not come up to expectations, although as a junior partner I was not called upon to offer input or opinion. I recall Mick Lester not being happy with his vocals and my rhythm guitar part being buried beneath a mix of harmonica, lead guitar and keyboards. I have no idea what happened to the tapes.

Just shy of my first anniversary with the group, a complete change of musical direction was instigated and my services were no longer required. They added vocalists Ed Mayne and Allison McCallum along with BG’s numbers to the set list, (Whaaaat?) rebranding themselves BROKEN GLASS.

Also back into the fold came guitarist and singer Neil Smith. (Original vocalist Mick Lester graduated to a career in finance and banking). I was extremely disappointed but my time with THE SECT had given me a firm idea of where I wanted music to take me.

The standard I wanted my guitar playing to achieve had now been raised to a level way beyond my immediate reach, along with giving me higher expectations of any drummer and bass player I would work with in the future.

I had begun listening to Taste, Ten Years After, Fleetwood Mac, Savoy Brown, Chicken Shack and The Jeff Beck Group, all shunned by THE SECT as a new generation of pretenders but really resonating with me.

No shows booked at the moment.